I don’t believe my father is accustomed to using a gavel in his courtroom, but I wanted to turn one for him to have, at least, for display.

This particular gavel is a bit different from traditional looking gavels, but it is what I imagined. I thought I would put some rounded beads in it, but I like the look of the lines so I left them as they are.

The gavel was turned from the piece of Sapele my sister gave to me, which my father thought was pretty cool.

Also included are some pictures of a small bud vase I gave to my mother turned out of oak. 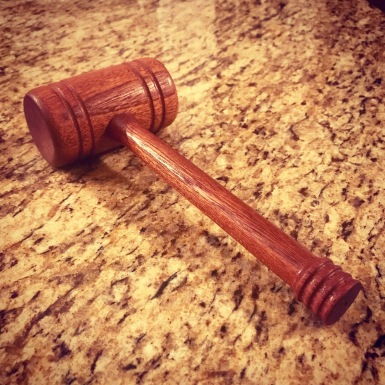